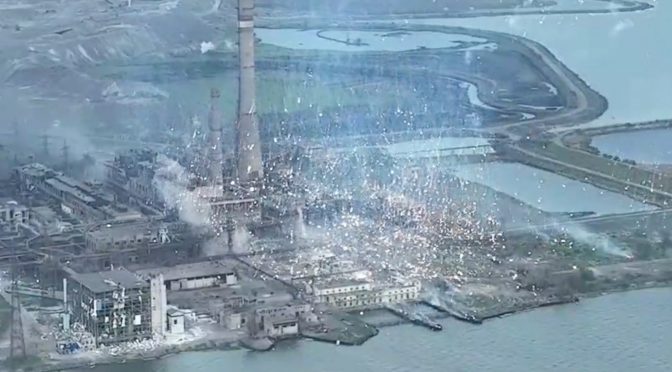 RU MOD: "An agreement was reached with representatives of the Ukrainian military blocked at Azovstal in Mariupol to remove the wounded, a ceasefire was introduced & a humanitarian corridor was opened to transport the wounded Ukrainian soldiers to a hospital in Novoazovsk (DPR)"

Evacuation of wounded has started in #Azovstal – they WON'T be transferred to a 3rd country – or to Kiev controlled areas.
They will be treated as prisoners. pic.twitter.com/Lif8VJsKMo