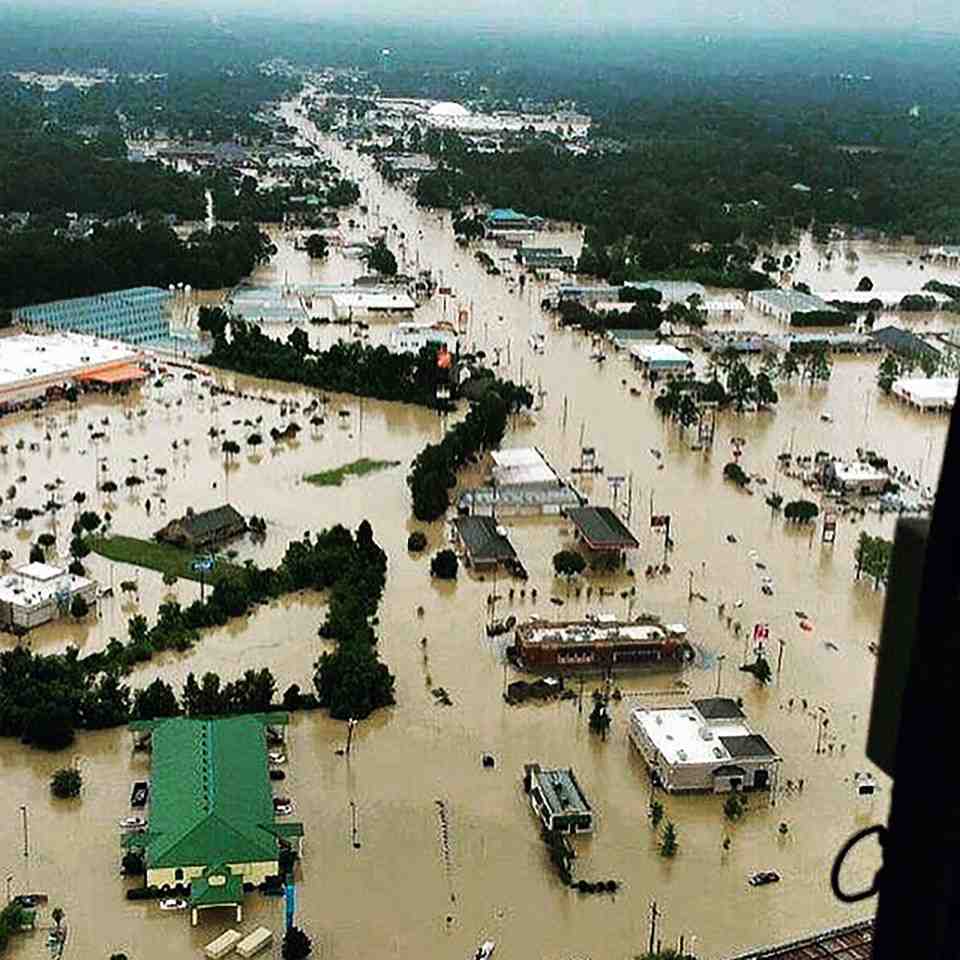 PIX FROM ANNA JOHNSON/ CATERS NEWS – These shocking pictures show COFFINS washed down the road from graveyards as severe flooding has hit the American state of Louisiana. At least four people have died and more than 7,000 have been rescued as the state is inundated with water with a state of emergency now being declared in the region with the capital Baton Rouge particularly badly effected. Local resident Anna Johnson, from Denham Springs, near Baton Rouge, took these pictures on Sunday which showed the eerie sight of caskets uprooted from the sodden soil floating down the road. SEE CATERS COPY