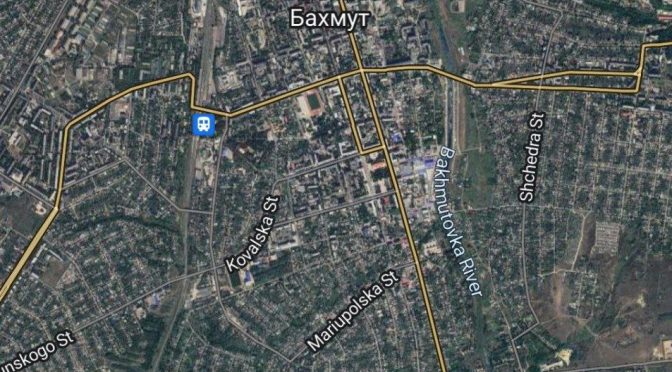 Soldiers of PMC Wagner started fighting in the area of ​​the Mariupol'ske cemetery in Bakhmut. pic.twitter.com/wVp6YfY9wV

According to recent information, more than half of the forested area to the west of Krasnoe (Ivanovskoe) a settlement between Bakhmut and Chasov Yar, in particular its' part to the south of Route T-0504, has come under the full control of Wagner PMC units. pic.twitter.com/BLlU2PpznH