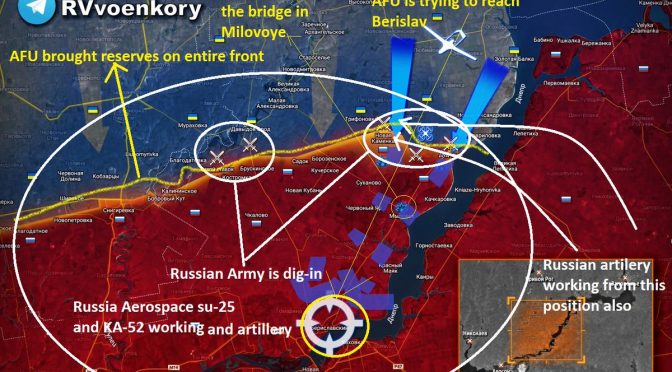 ‼️ 🇷🇺 🇺🇦Failure of the AFU offensive in the Kherson region: AFUgot into a fire bag, losing a lot of equipment and manpower

▫️This morning, up to two battalion tactical groups of the Armed Forces of Ukraine with a large number of armored vehicles under the cover of artillery pic.twitter.com/UaZvW2by0A

▫️The Su-25 attack aircraft and Ka-52 Alligators of the Russian Aerospace Forces struck deep into the front, preventing the AFU from retreating and concentrating forces for a new strike.

In 1993, George Soros advocated a "new world order" in which "the combination of manpower from Eastern Europe with the technical capabilities of NATO.. would reduce the risk of body bags for NATO countries, which is the main constraint on their willingness to act" pic.twitter.com/ynool2nE0b