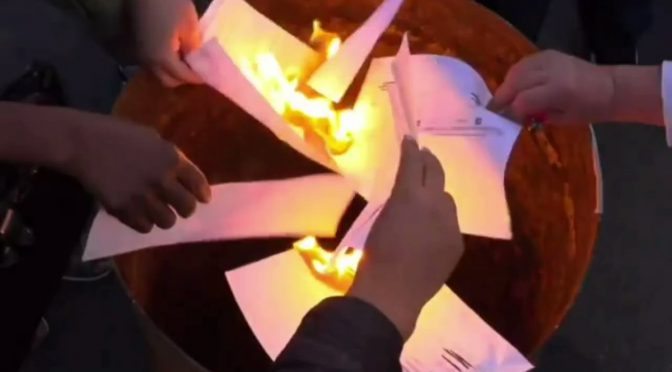 Naples calls, Rome responds. People burn gas and energy bills: "We don't pay! In Italy nobody has to pay their bills anymore!" Attention, those in the video are not photocopies, they are the original bills. Patience in Italy is dead, the endurance limit has been reached. pic.twitter.com/IHeyBBxLer

Thousands of Germans came to protest actions in the German city of Stralsund together with Mayor Alexander Badrow, writes NDR edition. pic.twitter.com/OhXO6nvuvw