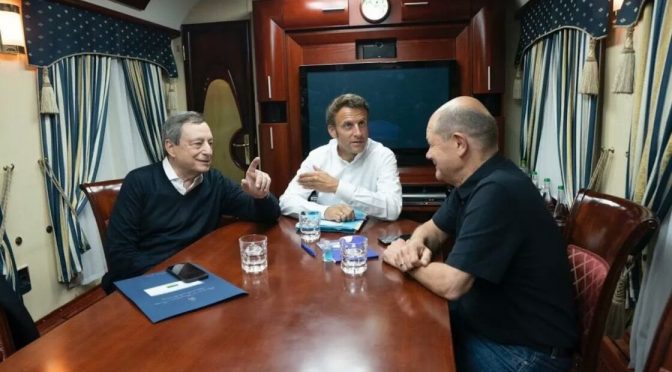 ‼️🇷🇺The troops of Russia and Donbass Militia have LAUNCHED AN OFFENSIVE ALONG THE ENTIRE LINE OF THE LUHANSK FRONT,massive strikes are being carried out on the UAF‼️

‼️ 🇷🇺 Battles for Toshkovka: The special group of the 🅾 break through the defense of the UAF

Motorized skirmishers of the "O" group are fighting on the outskirts of Toshkovka in the LPR. The enemy is destroyed with the help of BMP-2 guns, ATGMs and small arms. pic.twitter.com/rvwIL299bZ

Arestovichky said that a large group of troops had accumulated forces and was in motion. There has been a very serious movement around Severodonetsk today.‼️