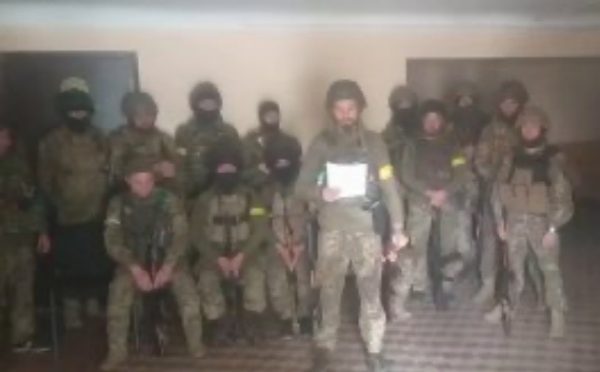 Svetlodarsk is now captured by Russian forces. Russia is now only a couple villages away from moving the whole front to Bakhmut (or “Artemivsk” as labeled on the map). There is almost no hope for resupply to the Ukrainian frontlines in Severodonetsk. pic.twitter.com/X8WuSJD5oa

The General Staff of the Armed Forces of Ukraine officially confirmed the loss of Svetlodarsk:

"The Svetlodar Bulge is lost. Our military went out so as not to be surrounded"

Here we have it folks (suggest reading the entire prev thread for context). As I speculated, the #Ukrainian forces, with or without permission, withdrew from the #Svitlodarsk front, with fortifications that had held for 8 years. The city is in #Russian hands. Geolocated here. https://t.co/eqGjQWD288 pic.twitter.com/mkFVuHoa5T

❗️According to incoming reports, fighting is currently going on in the coty of Liman. Local residents report a large number of Allied Forces soldiers ("military with white armbands") on the streets of the city.

🇺🇦Another appeal from Ukrovoyak to Zelensky, this time the 71st Jaeger Brigade of the #Ukrainian Armed Forces complained that they had been forced to go with automatic rifles against the artillery of the Russian Armed Forces.pic.twitter.com/sCgB6AJUO1